With the Single app license you can make use of the purchased product for personal or commercial uses with no need to pay extra fees or charges except for the initial purchase price.

You are allowed to use the product for one project of your own or on behalf of your customer (personal, commercial, non profit).

You or your client cannot resale the purchased item again not on its own neither as a part of a project.

The purchased items under this license type must not be resold or redistributed "AS IS" or as a part of a bundle of files.

The multiple app license allows you to make a personal and commercial use for a project that will be sold with no need to pay extra fees or charges except for the initial purchase price.

The purchased items under this license type must not be resold or redistributed "AS IS".

Time is money! We can help you launch your app.

Our team has experience of more that 5 years in building and reskinning mobile apps. We can work for you and produce amazing graphic design and smooth functionality!

Take a look at our design capabilities: 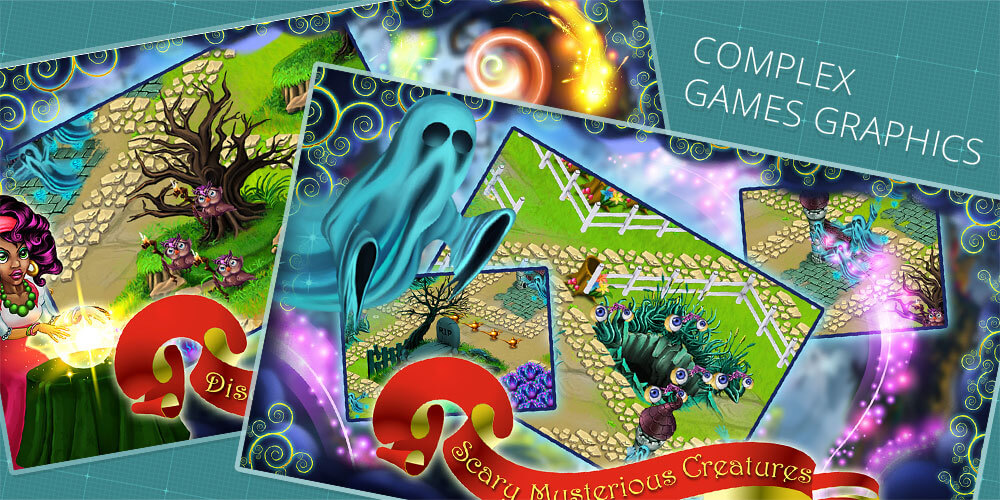 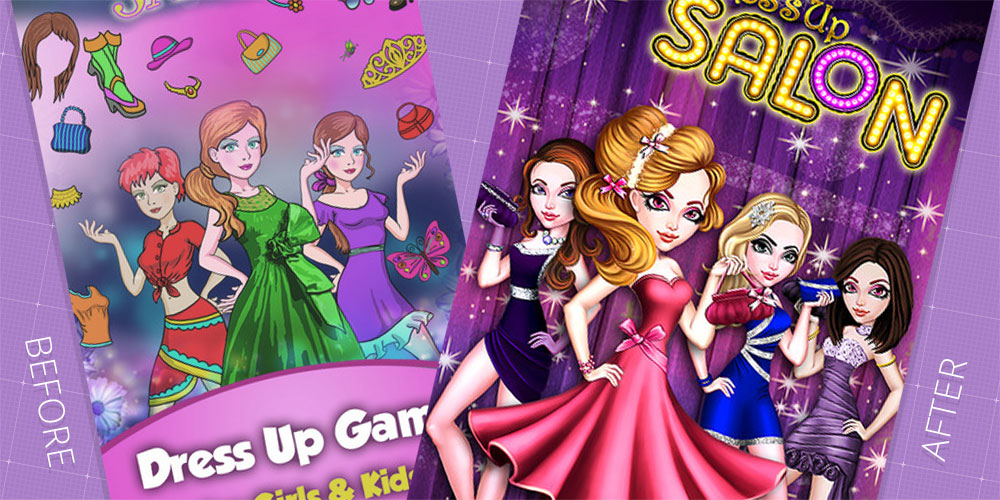 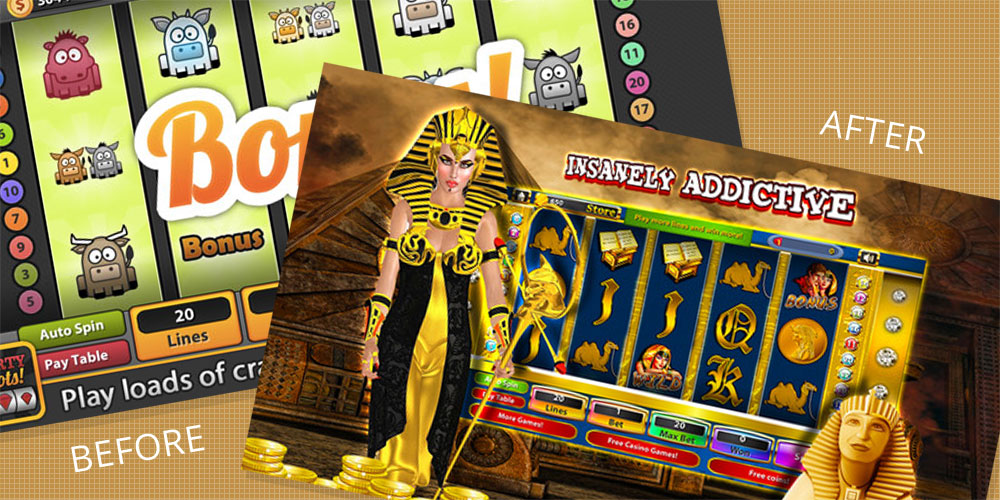 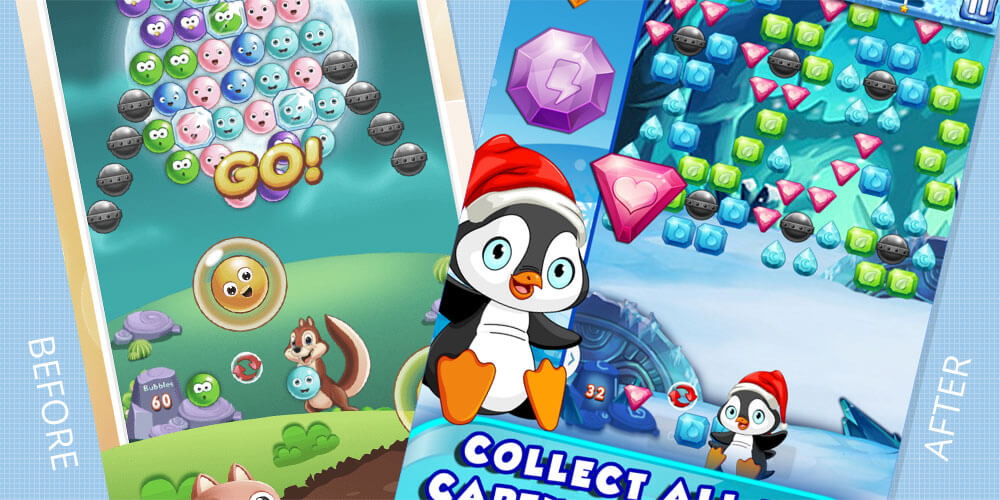 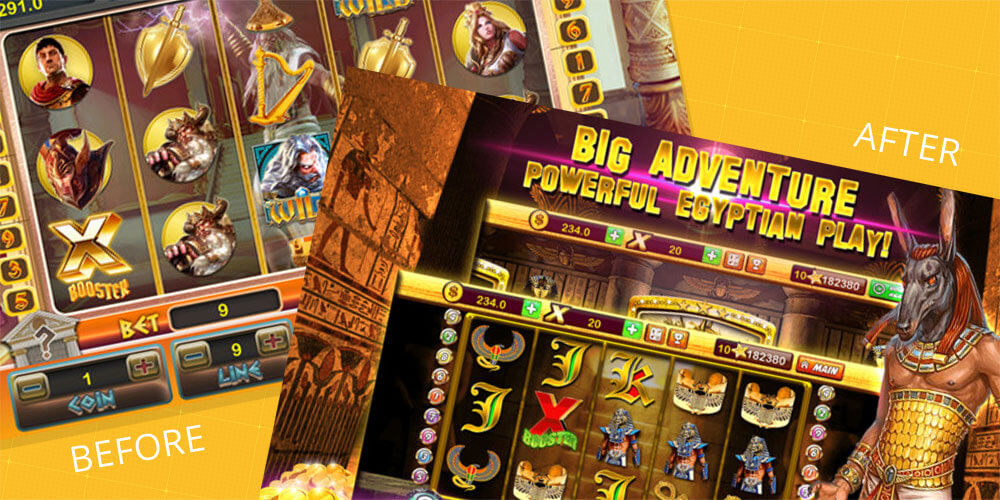 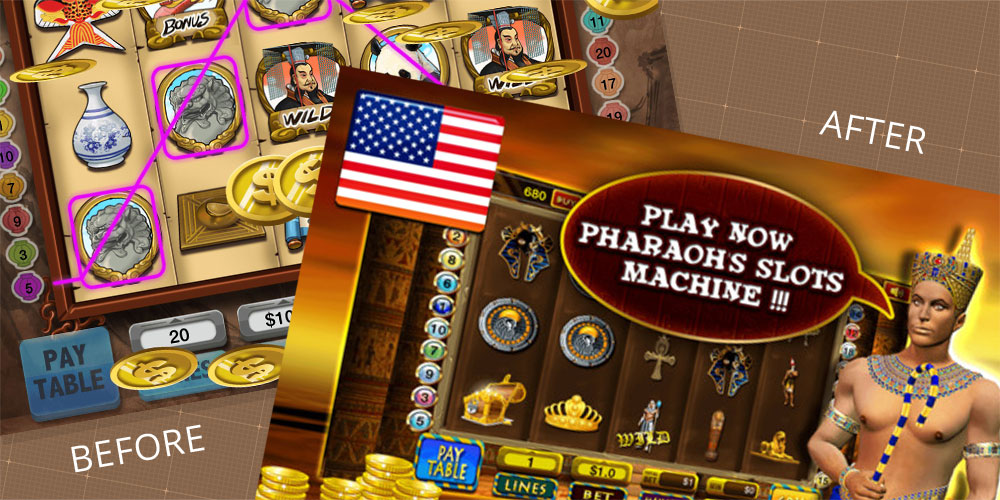 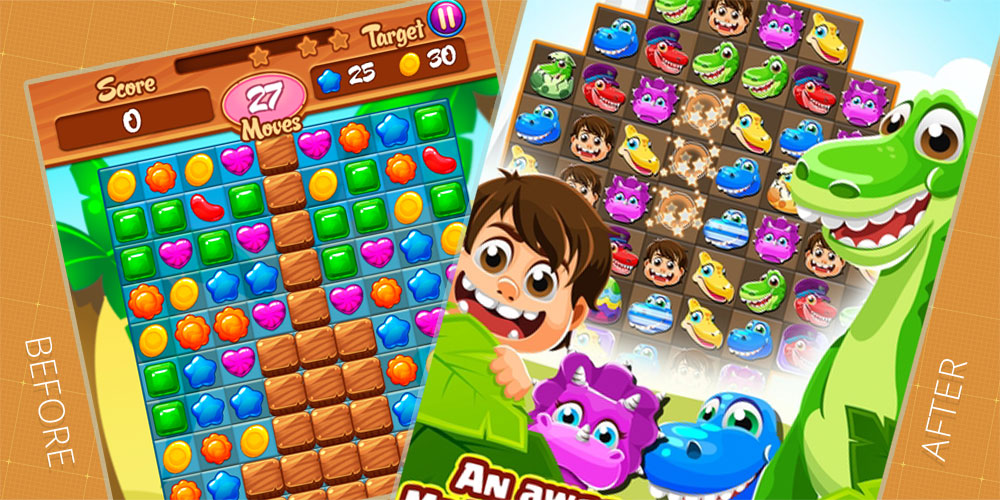 This is what you get by purchasing our Reskin & Launch service:

The Best, Fastest and most reliable service to launch your own App or Game

We know that you want things done fast and in the highest quality possible and that's exactly what we are here to provide! Our Team has successfully reskinned & Launched more than 1000 projects.

Do you want to have great online pool game that can be really popular? It’s the time you can get it.

Publish game to Android, iOS and other platforms.

Game made using Unity 5.4 and Photon Unity Networking for multiplayer and Playfab to store data. You don’t need server for this game.

THIS GAME USES PHOTON UNITY NETWORKING AND PHOTON CHAT. IT’S FREE IF YOU HAVE LOW AMOUNT OF PLAYERS AND PAID IF YOU HAVE MORE PLAYERS.

1. Whole month there was not any moment that more than 20 players was playing your game at the same time – it’s FREE

2. Whole month there was only or more moments that more than 20 players and less than 100 players was playing your game at the same time – you have to pay 28$ for that month

3. Whole month there was only or more moments that more than 100 players and less than 200 players was playing your game at the same time – you have to pay 56$ for that month

SOME ASSETS ARE WATERMARKED. YOU CAN’T USE THEM UNLESS YOU BUY THEM FROM GRAPHICSRIVER – Pool Graphics

Use PUN id instead.

Contact sellmyapp team, they will create direct contact for us so we can discuss it. I need to get access to your pc via teamviewer but don’t publish credentials here

i recently purchased your source code witch i found very amazing i want to thank you first for your work.

Hi. I have described in description that graphics are watermarked. That is because I’m not owner of them. I have purchased them on other website and I cannot resell them. You can buy them ( link at the end of my description), after that contact sellmyapp team and show them license to this asset pack. They will forward it to me and after that I will send you assets without watermarks.

Hello, I hope you’re back to customization work now. Anyways, I was unable to find the value that needs to be changed for changing the targetline>line1 and line2 sizes. It is a big indication currently and I want to reduce the size of that indication. The lines after the circle in the target line. Please tell me what should I do. You mentioned before that it needs to be changed through cuecontroller but I am unable to find the settings, please help.

Hi. If you want to change length of these lines go to CueController.cs, find function drawLine and edit 3 lines from screenshot. To change length change “3” value to any other value, for example 1 to make it 3x shorter 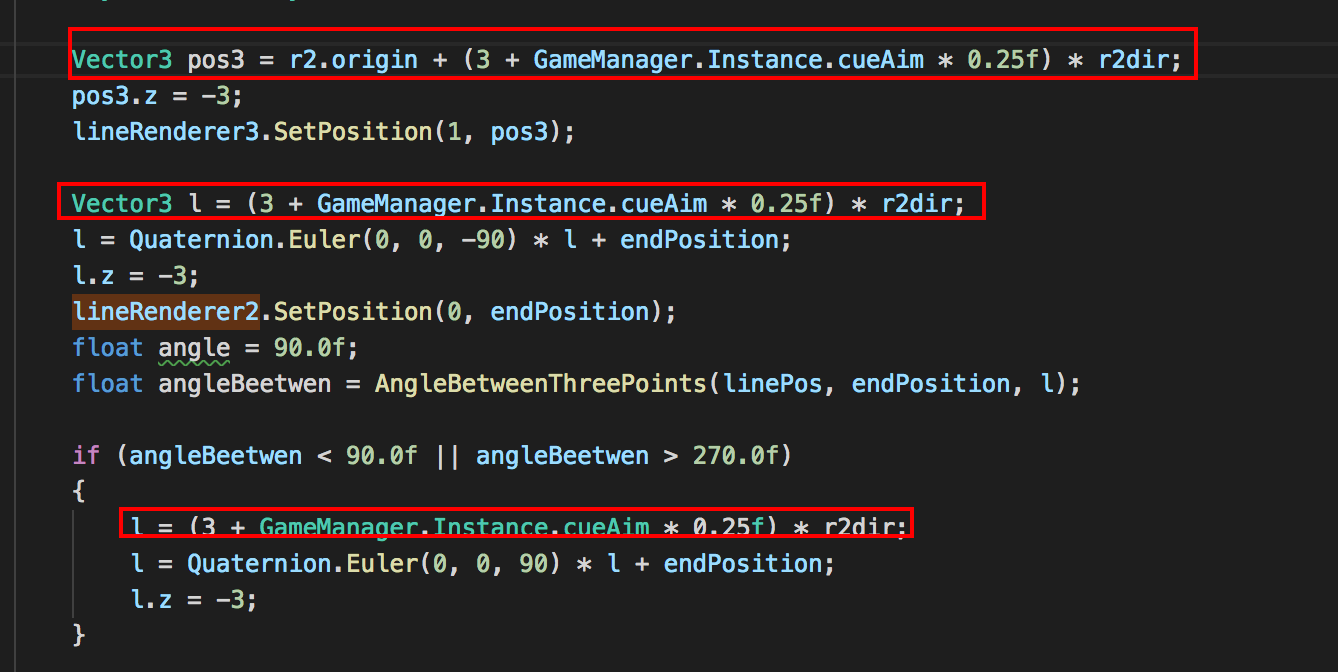 Just purchased the assets from graphicsriver but there are only few cues and only three tables. Where are the rest of the files? If you designed those yourself, please send them to me.

Some of tables and cues I made on my own. Contact me directly so I can send it to you.

Having issues with avatar.

I’ve tried the Facebook option but it returns the profile picture of user correctly in avatar, no problem with it. But when I tried to update the avatar from Playfab and used “Login with ID” option, it doesn’t show the avatar that I added through playfab. Please explain what can be the issue?

OR if you didn’t code anything related to playfab avatar, can you please indicate some bullet points where i should edit the code to get avatar URL from playfab and update the avatar box with user’s avatar? I’d really appreciate your help.

Hmm. Avatar is fetched from facebook if you login via facebook. If you login as guest or via email then default avatar will be used. You cannot change it via app.

Thanks for your quick reply. Much appreciated!

I am not sure you understood what I was saying. Playfab offers “UpdateAvatarURL” api to be called, and if I give my players an input field for putting image URL and then use “UpdateAvatarURL”, shouldn’t they able to see the avatar in that box?

“You cannot change it via app”

What do you mean? To make myself a bit more clear, I was not referring to upload the image through app. I was saying that could I have an input field of URL and then update Playfab avatar field, then use that URL as avatar?

In that app avatar is fetched from specified url. Url is saved in playfab server

Is there any way to change that specified URL and get custom URL when login via email? or is it only for facebook?

It’s only for fb.

Could you code two features for us? Please ask SellMyApp team to send us the message. Those feature requests are easy and you confirmed earlier that you can do that. We want to discuss them with you. We don’t have much time to wait at the moment so please be quick.

Please forward the message to the developer and get his quotation.

I’ve sent the details of our requested features. Please get in touch asap. We will really appreciate your quickness.

I’m busy on other projects. Try to find another developer to add this feature. Sorry.

The game is designed by you, so it won’t take more than 1 day to code those features from you man. Can’t you spare some time? We can compensate your time with some extra money.

So you want to allow users to set custom url for avatar image from the internet?

Here’s the example for better understanding:

– When a player logs in the game, He should see “Edit Avatar” option instead of “Edit Nickname” (I’ll just prefer to remove edit nickname thingy from UI by removing the tick mark). When the player clicks on Edit Avatar, he must submit the Image URL. This input should be saved as a string and stored on the Playfab so that he won’t need to do that every time he opens the game. But if he wants to change the avatar again by giving a new URL, the new URL should be overwritten on the old URL and latest picture should be shown.

This should happen on both sides (player vs opponent and all the avatar boxes, even during the gameplay should show their avatars (just like you coded it for facebook)

Please ask if something is unclear

Ok, understand it. I can do it after weekend. We need to wait for sellmyapp team to send custom work email to us to talk about the price etc.

Thank you, much appreciated. Okay, I am waiting then. :)

Have you received the requested features details from the sellmyapp team?

WE GOT YOU COVERED!
14 Days buyer protection

When you buy an item on Sell My App you can rest assure you will get exactly what you paid for!

We offer buyer protection for cases in which the product doesn’t work as advertised in the product description page.

We have checked with the developer and certified the value of the work and efforts that were put into building this code. This is a good indicator for the amount of money you save when buying this template.